Olema Pharmaceuticals, Inc. (NASDAQ:OLMA) has been given a consensus recommendation of “Buy” by the six ratings firms that are presently covering the company, Marketbeat.com reports. One research analyst has rated the stock with a sell rating and five have given a buy rating to the company. The average 1-year price target among brokers that have covered the stock in the last year is $60.67.

Olema Pharmaceuticals, Inc, a clinical-stage biopharmaceutical company, focuses on the discovery, development, and commercialization of therapies for women's cancers. Its lead product candidate is OP-1250, an estrogen receptor (ER) antagonist and a selective ER degrader, which is in Phase 1/2 clinical trial for the treatment of recurrent, locally advanced, or metastatic estrogen receptor-positive, human epidermal growth factor receptor 2-negative breast cancer.

Recommended Story: What economic reports are most valuable to investors? 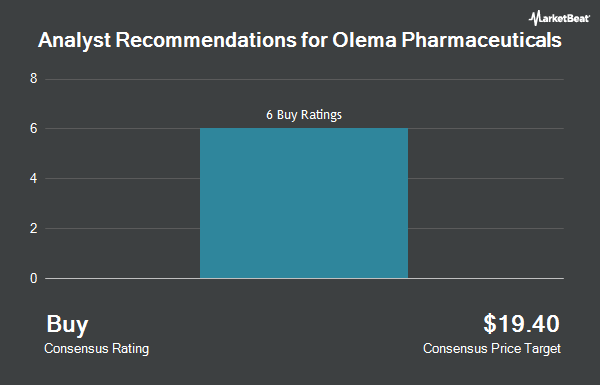 Complete the form below to receive the latest headlines and analysts' recommendations for Olema Pharmaceuticals with our free daily email newsletter: