Sei Investments Co. lifted its position in shares of American Financial Group, Inc. (NYSE:AFG) by 1.2% during the 2nd quarter, according to its most recent disclosure with the SEC. The firm owned 19,763 shares of the insurance provider’s stock after buying an additional 235 shares during the period. Sei Investments Co.’s holdings in American Financial Group were worth $2,540,000 as of its most recent SEC filing.

The firm also recently disclosed a None dividend, which will be paid on Tuesday, October 5th. Stockholders of record on Tuesday, September 28th will be given a $4.00 dividend. The ex-dividend date is Monday, September 27th. American Financial Group’s payout ratio is currently 23.70%.

American Financial Group, Inc is an insurance holding company. It engages in property and casualty insurance, focusing on commercial products for businesses, and in the sale of fixed and fixed-indexed annuities in the retail, financial institutions and education markets. The company was founded by Carl Henry Lindner Jr.

Recommended Story: How is the S&P 500 index different from the DJIA? 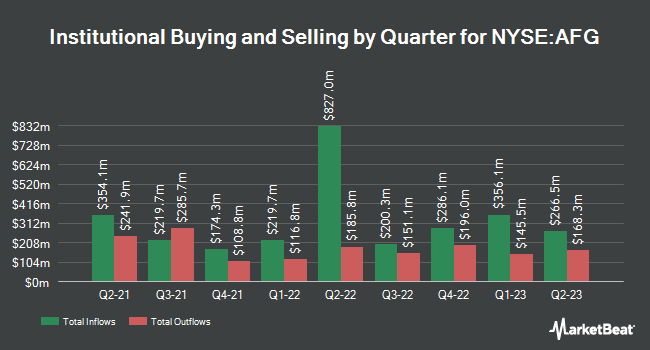 AllSafe Trading Down 12.3% This Week

Complete the form below to receive the latest headlines and analysts' recommendations for American Financial Group with our free daily email newsletter: