WINTON GROUP Ltd raised its stake in shares of Axsome Therapeutics, Inc. (NASDAQ:AXSM) by 19.8% in the 2nd quarter, according to its most recent 13F filing with the Securities and Exchange Commission. The firm owned 12,772 shares of the company’s stock after buying an additional 2,111 shares during the quarter. WINTON GROUP Ltd’s holdings in Axsome Therapeutics were worth $862,000 at the end of the most recent reporting period.

Axsome Therapeutics, Inc engages in the development of novel therapies for the management of central nervous system disorders. Its product candidates include AXS-05, AXS-07, AXS-12, and AXS-14 which are being developed for multiple pain and primary care indications. The company was founded by Herriot Tabuteau on January 12, 2012 and is headquartered in New York, NY.

Want to see what other hedge funds are holding AXSM? Visit HoldingsChannel.com to get the latest 13F filings and insider trades for Axsome Therapeutics, Inc. (NASDAQ:AXSM). 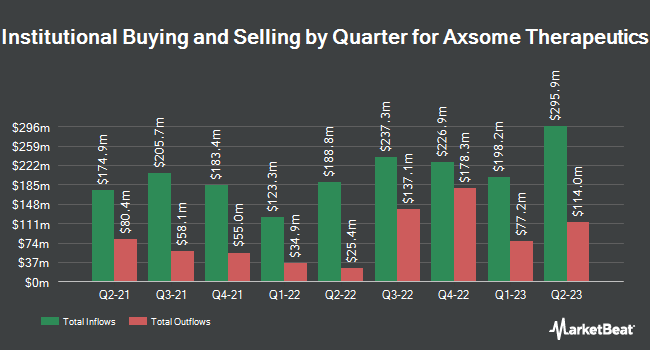 Complete the form below to receive the latest headlines and analysts' recommendations for Axsome Therapeutics with our free daily email newsletter: