JPMorgan Chase & Co. lowered shares of HeidelbergCement (OTCMKTS:HDELY) from a neutral rating to an underweight rating in a report released on Monday, The Fly reports.

HeidelbergCement (OTCMKTS:HDELY) last announced its earnings results on Thursday, July 29th. The construction company reported $0.58 earnings per share for the quarter. The business had revenue of $6 billion for the quarter, compared to analyst estimates of $5.95 billion. Equities research analysts forecast that HeidelbergCement will post 2.11 EPS for the current year.

Featured Story: What are the reasons investors use put options? 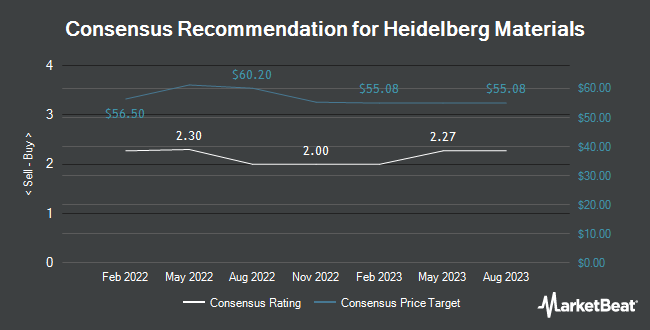 Complete the form below to receive the latest headlines and analysts' recommendations for HeidelbergCement with our free daily email newsletter: