eBay Inc. (NASDAQ:EBAY) SVP Pete Thompson sold 1,394 shares of the stock in a transaction on Friday, September 17th. The stock was sold at an average price of $74.89, for a total transaction of $104,396.66. The sale was disclosed in a document filed with the SEC, which is available at this link.

eBay (NASDAQ:EBAY) last issued its quarterly earnings results on Wednesday, August 11th. The e-commerce company reported $0.99 EPS for the quarter, topping analysts’ consensus estimates of $0.83 by $0.16. The business had revenue of $2.67 billion during the quarter, compared to the consensus estimate of $2.64 billion. eBay had a net margin of 115.40% and a return on equity of 38.34%. During the same period in the previous year, the firm posted $1.02 earnings per share. On average, analysts forecast that eBay Inc. will post 3.24 earnings per share for the current year.

The business also recently announced a quarterly dividend, which was paid on Friday, September 17th. Investors of record on Wednesday, September 1st were given a $0.18 dividend. The ex-dividend date was Tuesday, August 31st. This represents a $0.72 annualized dividend and a dividend yield of 1.00%. eBay’s dividend payout ratio is presently 24.57%.

eBay, Inc operates as a commerce company. The company platforms include online marketplace and its localized counterparts, including off-platform businesses in South Korea, Japan, and Turkey, as well as eBay’s suite of mobile apps. The company technologies and services are designed to give buyers choice and a breadth of relevant inventory and to enable sellers worldwide to organize and offer their inventory for sale, virtually anytime and anywhere.

Further Reading: Penny Stocks, What You Need To Know 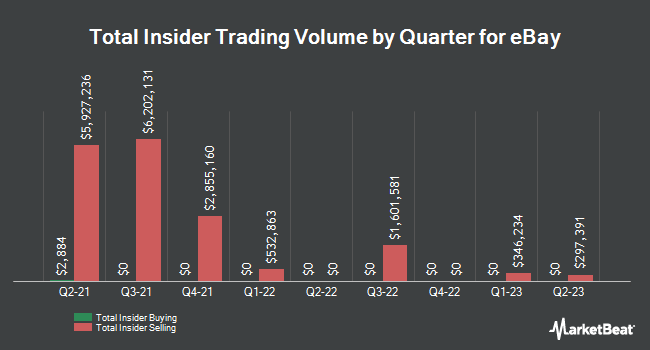 Receive News & Ratings for eBay Daily - Enter your email address below to receive a concise daily summary of the latest news and analysts' ratings for eBay and related companies with MarketBeat.com's FREE daily email newsletter.

HubSpot, Inc. Given Average Rating of “Buy” by Brokerages

Complete the form below to receive the latest headlines and analysts' recommendations for eBay with our free daily email newsletter: