Kosmos Energy (NYSE:KOS) last issued its earnings results on Monday, August 9th. The oil and gas producer reported ($0.03) earnings per share (EPS) for the quarter, missing analysts’ consensus estimates of $0.06 by ($0.09). Kosmos Energy had a negative return on equity of 37.20% and a negative net margin of 15.40%. The firm had revenue of $384.12 million during the quarter. Sell-side analysts predict that Kosmos Energy will post -0.03 EPS for the current fiscal year.

Kosmos Energy Ltd. engages in the exploration, development, and production of oil and gas. The firms assets include production offshore Ghana, Equatorial Guinea and U.S. Gulf of Mexico, as well as a gas development offshore Mauritania and Senegal. It also maintains a sustainable exploration program balanced between proven basin infrastructure-led exploration, emerging basins, and frontier basins. 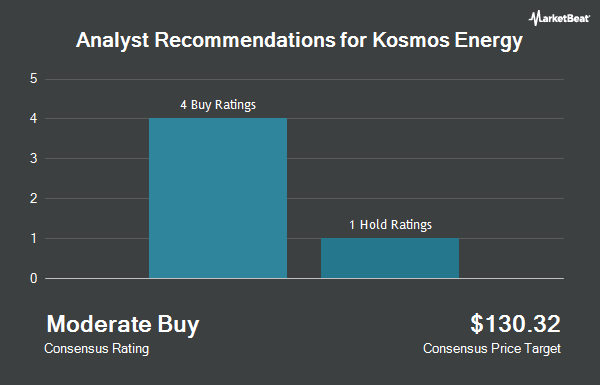 Nokia to Release Earnings on Thursday

Complete the form below to receive the latest headlines and analysts' recommendations for Kosmos Energy with our free daily email newsletter: