JPMorgan Chase & Co. reiterated their overweight rating on shares of Glencore (OTCMKTS:GLNCY) in a research report report published on Monday, The Fly reports.

The firm also recently announced a dividend, which was paid on Tuesday, October 5th. Stockholders of record on Friday, September 3rd were issued a $0.32 dividend. The ex-dividend date was Thursday, September 2nd. This is an increase from Glencore’s previous dividend of $0.12. This represents a dividend yield of 3.52%. Glencore’s payout ratio is 96.67%.

Glencore Plc engages in the production and marketing of metal, mineral, and energy and agricultural commodities. The firm serves the automotive, steel, power generation, battery manufacturing, and oil sectors. It operates through the following segments: Marketing, Industrial, and Corporate and Other. 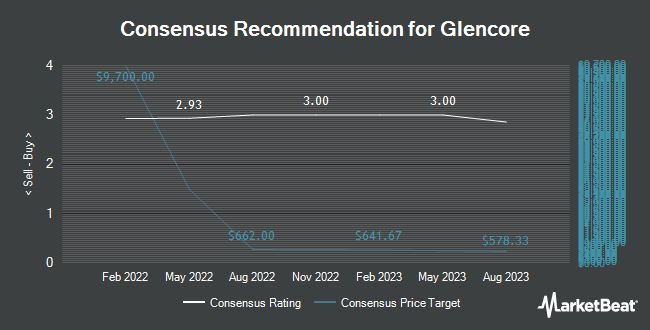 Receive News & Ratings for Glencore Daily - Enter your email address below to receive a concise daily summary of the latest news and analysts' ratings for Glencore and related companies with MarketBeat.com's FREE daily email newsletter.

Complete the form below to receive the latest headlines and analysts' recommendations for Glencore with our free daily email newsletter: