CarGurus, Inc. (NASDAQ:CARG) General Counsel Kathleen Bender Patton sold 3,503 shares of the stock in a transaction dated Friday, October 8th. The shares were sold at an average price of $35.11, for a total transaction of $122,990.33. The sale was disclosed in a legal filing with the Securities & Exchange Commission, which is available at this hyperlink.

CarGurus (NASDAQ:CARG) last released its quarterly earnings results on Thursday, August 5th. The company reported $0.29 earnings per share (EPS) for the quarter, topping the Thomson Reuters’ consensus estimate of $0.14 by $0.15. CarGurus had a net margin of 15.72% and a return on equity of 27.87%. The company had revenue of $217.75 million for the quarter, compared to analysts’ expectations of $190.00 million. On average, equities research analysts predict that CarGurus, Inc. will post 0.74 earnings per share for the current fiscal year.

Cargurus, Inc engages in the provision of online auto shopping. The firm offers proprietary technology, search algorithms and data analytics to analyze new and used car listings. It operates through the following segments: United States and International. The United States segment derives revenues from marketplace subscriptions, advertising services and other revenues from customers within the United States.

Further Reading: Penny Stocks, What You Need To Know 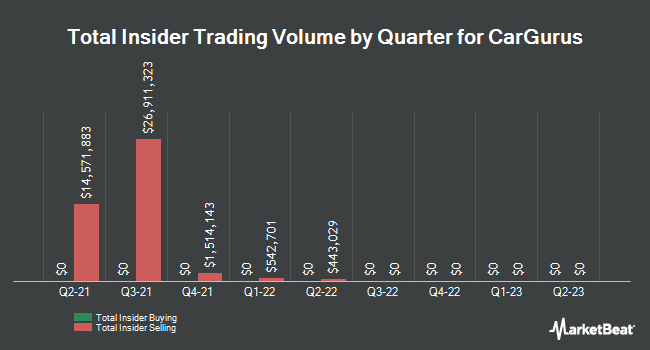 IRISnet Price Up 0.9% This Week