Telos Co. (NASDAQ:TLS) EVP Jefferson V. Wright sold 14,000 shares of the company’s stock in a transaction on Thursday, October 7th. The stock was sold at an average price of $28.00, for a total value of $392,000.00. The transaction was disclosed in a document filed with the SEC, which is accessible through the SEC website.

Telos (NASDAQ:TLS) last issued its quarterly earnings results on Monday, August 16th. The company reported $0.04 EPS for the quarter, topping the consensus estimate of $0.02 by $0.02. Telos had a negative net margin of 14.85% and a negative return on equity of 17.50%. The business had revenue of $52.56 million for the quarter, compared to analysts’ expectations of $52.73 million. As a group, equities analysts expect that Telos Co. will post 0.33 earnings per share for the current year.

Telos Corporation, together with its subsidiaries, provides information technology (IT) solutions and services worldwide. It provides Xacta, a premier platform for enterprise cyber risk management and security compliance automation solutions to large commercial and government enterprises; and Telos Ghost, a solution to eliminate cyber-attack surfaces by obfuscating and encrypting data, masking user identity and location, and hiding network resources, as well as provides security and privacy for intelligence gathering, cyber threat protection, securing critical infrastructure, and protecting communications and applications.

Read More: How to interpret the current ratio 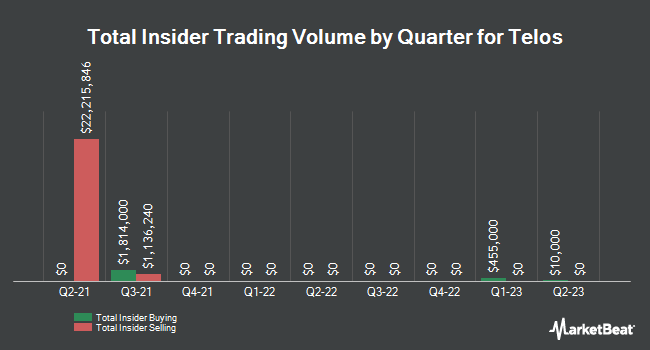 Receive News & Ratings for Telos Daily - Enter your email address below to receive a concise daily summary of the latest news and analysts' ratings for Telos and related companies with MarketBeat.com's FREE daily email newsletter.

Complete the form below to receive the latest headlines and analysts' recommendations for Telos with our free daily email newsletter: