In other Central Garden & Pet news, insider John D. Walker III sold 4,500 shares of the business’s stock in a transaction on Friday, August 27th. The stock was sold at an average price of $42.30, for a total value of $190,350.00. Following the transaction, the insider now owns 97,272 shares of the company’s stock, valued at $4,114,605.60. The transaction was disclosed in a legal filing with the SEC, which is available through the SEC website. 10.75% of the stock is currently owned by insiders.

Central Garden & Pet Co is an innovator, producer and distributor of branded and private label products for the lawn & garden and pet supplies markets in the United States. Founded initially as a distribution company, it grew its business through a succession of over 50 acquisitions and created a broad portfolio which allows for economies of scale and market advantages.

Further Reading: What is diluted earnings per share (Diluted EPS)? 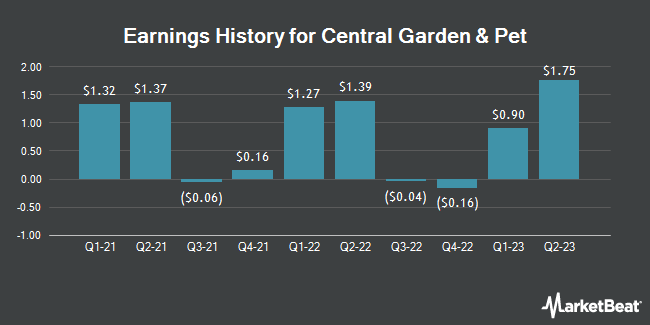 Complete the form below to receive the latest headlines and analysts' recommendations for Central Garden & Pet with our free daily email newsletter: