Nutanix (NASDAQ:NTNX) announced its quarterly earnings data on Monday. The technology company reported ($0.22) EPS for the quarter, beating the Thomson Reuters’ consensus estimate of ($0.34) by $0.12, MarketWatch Earnings reports. The firm had revenue of $378.50 million for the quarter, compared to analysts’ expectations of $367.83 million. During the same period last year, the company posted ($0.88) earnings per share. The business’s revenue for the quarter was up 21.0% compared to the same quarter last year.

Nutanix, Inc engages in the provision of enterprise virtualization and storage solutions. It engages in cloud operating system that converges traditional silos of server, virtualization, storage, and networking into one integrated solution and unifies private and public cloud into a single software fabric.

Further Reading: How prevalent are 12b-1 fees? 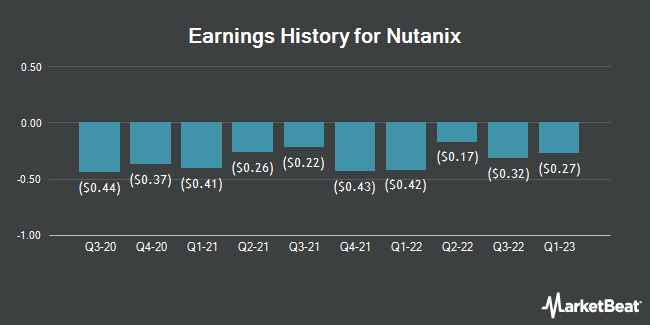 Secoo and Its Peers Head to Head Review

PowerPool Price Down 10.5% Over Last Week