Novavax, Inc. (NASDAQ:NVAX) insider Gregory M. Glenn sold 8,250 shares of Novavax stock in a transaction that occurred on Tuesday, November 23rd. The shares were sold at an average price of $199.50, for a total transaction of $1,645,875.00. The transaction was disclosed in a document filed with the Securities & Exchange Commission, which is available at this hyperlink.

Novavax (NASDAQ:NVAX) last released its quarterly earnings data on Thursday, November 4th. The biopharmaceutical company reported ($4.31) EPS for the quarter, missing the Zacks’ consensus estimate of ($4.04) by ($0.27). Novavax had a negative return on equity of 149.66% and a negative net margin of 89.31%. The company had revenue of $178.80 million for the quarter, compared to the consensus estimate of $347.34 million. During the same period last year, the firm earned ($3.21) earnings per share. The company’s revenue for the quarter was up 13.9% compared to the same quarter last year. Research analysts anticipate that Novavax, Inc. will post -11.84 EPS for the current fiscal year.

A number of equities analysts recently weighed in on the stock. Zacks Investment Research upgraded shares of Novavax from a “sell” rating to a “hold” rating and set a $246.00 target price on the stock in a report on Thursday, August 12th. Chardan Capital restated a “neutral” rating on shares of Novavax in a report on Wednesday, September 1st. Three investment analysts have rated the stock with a hold rating and four have assigned a buy rating to the stock. According to data from MarketBeat.com, Novavax presently has an average rating of “Buy” and an average target price of $249.00.

Novavax, Inc focuses on the discovery, development and commercialization of vaccines to prevent infectious diseases. It provides vaccines for COVID-19, seasonal flu, respiratory syncytial virus, Ebola, and Middle East respiratory syndrome. The company was founded in 1987 and is headquartered in Gaithersburg, MD.

Further Reading: What is a stock buyback? 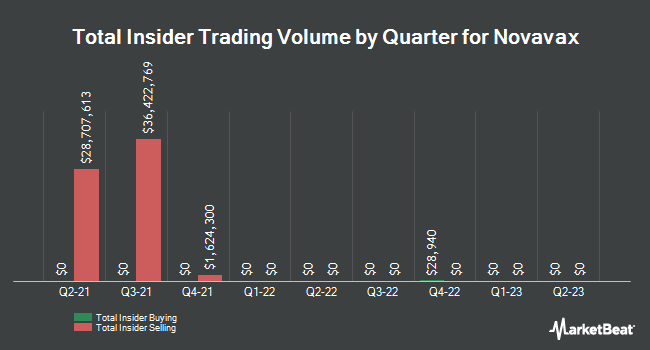 -$0.16 Earnings Per Share Expected for DiaMedica Therapeutics Inc. This Quarter