Bandwidth (NASDAQ:BAND) last announced its earnings results on Monday, November 8th. The company reported $0.25 earnings per share for the quarter, beating the Thomson Reuters’ consensus estimate of $0.08 by $0.17. Bandwidth had a negative net margin of 8.19% and a positive return on equity of 3.11%. The business had revenue of $130.64 million for the quarter, compared to the consensus estimate of $126.08 million. During the same quarter in the prior year, the firm posted $0.14 earnings per share. The business’s revenue for the quarter was up 54.1% on a year-over-year basis. Research analysts anticipate that Bandwidth Inc. will post 0.18 EPS for the current fiscal year.

Bandwidth is a leading enterprise cloud communications company. Companies like Cisco, Google, Microsoft, RingCentral, Uber, and Zoom use Bandwidth’s APIs to easily embed voice, messaging, and emergency services into software and applications. Bandwidth is the first and only CPaaS provider offering a robust selection of communications APIs built around their own IP voice network.

Read More: What are the advantages of the Stochastic Momentum Index?

Want to see what other hedge funds are holding BAND? Visit HoldingsChannel.com to get the latest 13F filings and insider trades for Bandwidth Inc. (NASDAQ:BAND). 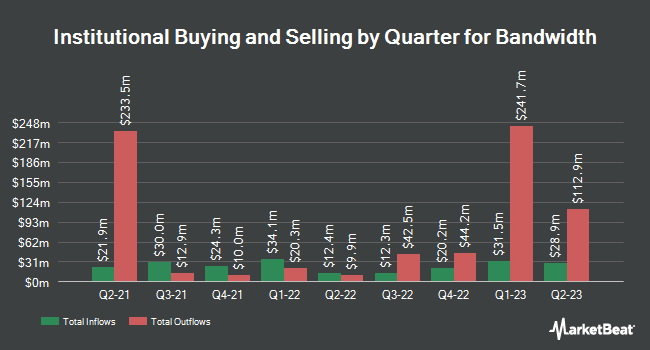 Complete the form below to receive the latest headlines and analysts' recommendations for Bandwidth with our free daily email newsletter: