TheStreet upgraded shares of Stratasys (NASDAQ:SSYS) from a d rating to a c- rating in a report issued on Tuesday, TheStreetRatingsTable reports.

Stratasys (NASDAQ:SSYS) last released its earnings results on Thursday, November 4th. The technology company reported $0.01 EPS for the quarter, topping the Thomson Reuters’ consensus estimate of ($0.06) by $0.07. Stratasys had a negative return on equity of 2.14% and a negative net margin of 7.92%. The business had revenue of $159.00 million for the quarter, compared to the consensus estimate of $150.08 million. During the same period in the previous year, the company posted ($0.12) earnings per share. The company’s revenue for the quarter was up 24.3% compared to the same quarter last year. Equities research analysts expect that Stratasys will post -0.65 earnings per share for the current fiscal year.

Further Reading: Understanding each part of a balance sheet 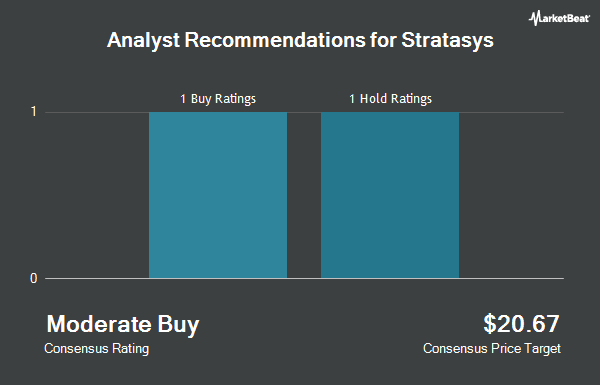 Complete the form below to receive the latest headlines and analysts' recommendations for Stratasys with our free daily email newsletter: