ORMP has been the subject of several analyst reports. Alliance Global Partners boosted their price objective on Oramed Pharmaceuticals from $25.00 to $40.00 and gave the stock a “buy” rating in a research report on Tuesday, November 9th. They noted that the move was a valuation call. HC Wainwright reissued a “buy” rating and set a $32.00 target price (up from $17.00) on shares of Oramed Pharmaceuticals in a research note on Monday, November 29th. Finally, Aegis boosted their price target on shares of Oramed Pharmaceuticals from $20.00 to $35.00 and gave the company a “buy” rating in a report on Tuesday, November 2nd. Five investment analysts have rated the stock with a buy rating, Based on data from MarketBeat.com, the stock has a consensus rating of “Buy” and an average price target of $34.25.

Oramed Pharmaceuticals, Inc engages in the provision of oral delivery solutions for drugs delivered via injection. It focuses in the research and development of pharmaceutical solutions, including an oral insulin capsule to be used for the treatment of individuals with diabetes, and the use of orally ingestible capsules or pills for delivery of other polypeptides. 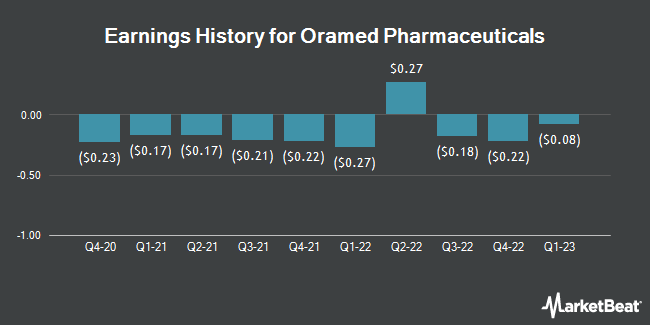 Complete the form below to receive the latest headlines and analysts' recommendations for Oramed Pharmaceuticals with our free daily email newsletter: