JPMorgan Chase & Co. upgraded shares of Fortum Oyj (OTCMKTS:FOJCY – Get Rating) from a neutral rating to an overweight rating in a research report sent to investors on Thursday morning, The Fly reports.

The business also recently announced a dividend, which was paid on Thursday, April 21st. Shareholders of record on Wednesday, March 30th were given a $0.1417 dividend. The ex-dividend date was Tuesday, March 29th. This represents a yield of 8.12%.

About Fortum Oyj (Get Rating)

Fortum Oyj, together with its subsidiaries, engages in the generation and sale of electricity and heat in the Nordic countries, Germany, the United Kingdom, Russia, the Netherlands, the Baltic Rim area, and internationally. The company's Generation segment generates power through nuclear, hydro, wind, and thermal resources; and provides power portfolio optimization, trading, and industrial intelligence, as well as nuclear services. 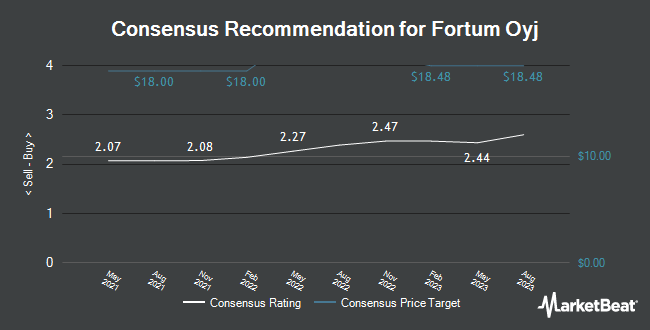 Complete the form below to receive the latest headlines and analysts' recommendations for Fortum Oyj with our free daily email newsletter: