Empire (OTCMKTS:EMLAF – Get Rating) had its target price increased by research analysts at Scotiabank from C$50.00 to C$52.00 in a report released on Thursday, The Fly reports. The brokerage currently has an “outperform” rating on the stock.

Empire Company Limited, together with its subsidiaries, engages in the food retail and related real estate businesses in Canada. It operates through two segments, Food Retailing, and Investments and Other Operations. The company owns, affiliates, and franchises approximately 1,500 retail stores under various retail banners, including Sobeys, Safeway, IGA, Foodland, FreshCo, Thrifty Foods, Farm Boy, Longo's, and Lawtons Drugs; and approximately 350 retail fuel locations, as well as operates grocery e-commerce stores under the banners, such as Voilà by Sobeys, Grocery Gateway, IGA.net, and ThriftyFoods.com. 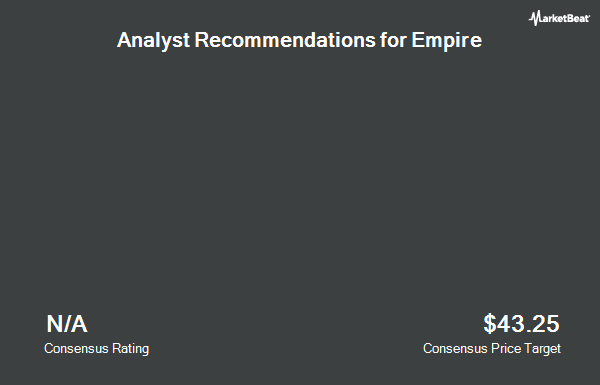