Vestor Capital LLC boosted its position in shares of Palo Alto Networks, Inc. (NASDAQ:PANW – Get Rating) by 2.4% in the first quarter, according to the company in its most recent disclosure with the Securities and Exchange Commission. The fund owned 6,087 shares of the network technology company’s stock after buying an additional 145 shares during the period. Vestor Capital LLC’s holdings in Palo Alto Networks were worth $3,789,000 as of its most recent SEC filing.

Palo Alto Networks, Inc provides cybersecurity solutions worldwide. The company offers firewall appliances and software; Panorama, a security management solution for the control of firewall appliances and software deployed on an end-customer's network and instances in public or private cloud environments, as a virtual or a physical appliance; and virtual system upgrades, which are available as extensions to the virtual system capacity that ships with physical appliances. 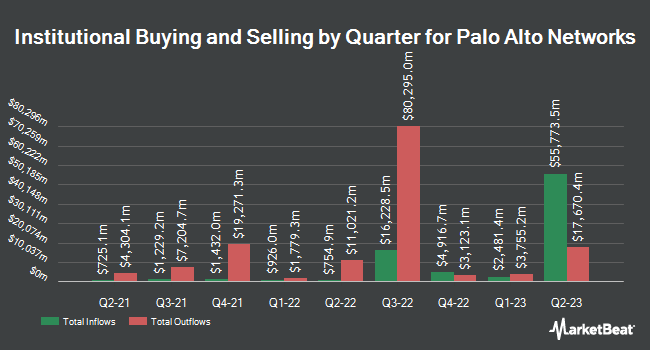