Hedge Funds Weigh In On Zumiez

Zumiez Inc, together with its subsidiaries, operates as a specialty retailer of apparel, footwear, accessories, and hardgoods for young men and women. Its hardgoods include skateboards, snowboards, bindings, components, and other equipment. As of February 26, 2022, the company operated 738 stores, including 602 stores in the United States, 52 stores in Canada, 67 stores in Europe, and 17 stores in Australia under the names of Zumiez, Blue Tomato, and Fast Times. 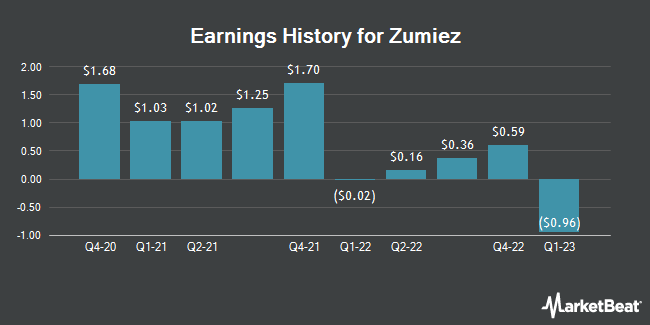 Receive News & Ratings for Zumiez Daily - Enter your email address below to receive a concise daily summary of the latest news and analysts' ratings for Zumiez and related companies with MarketBeat.com's FREE daily email newsletter.

Complete the form below to receive the latest headlines and analysts' recommendations for Zumiez with our free daily email newsletter: