First Internet Bancorp operates as the bank holding company for First Internet Bank of Indiana that provides commercial and retail banking products and services to individuals and commercial customers in the United States. The company accepts non-interest bearing and interest-bearing demand deposit, savings, money market, and brokered deposit accounts, as well as certificates of deposit. 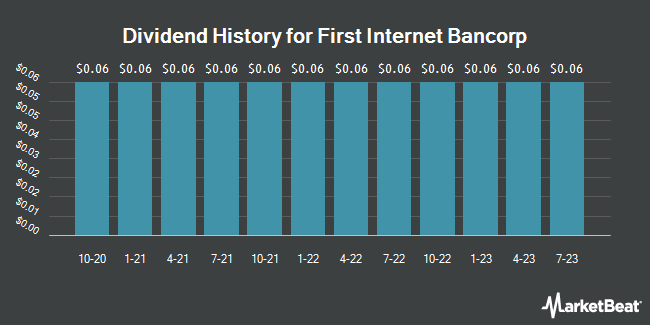 Complete the form below to receive the latest headlines and analysts' recommendations for First Internet Bancorp with our free daily email newsletter: