BlackLine (NASDAQ:BL – Get Rating) last released its quarterly earnings results on Thursday, August 4th. The technology company reported ($0.26) EPS for the quarter, missing analysts’ consensus estimates of ($0.23) by ($0.03). The business had revenue of $128.48 million for the quarter, compared to the consensus estimate of $126.54 million. BlackLine had a negative return on equity of 22.04% and a negative net margin of 15.09%. The firm’s revenue was up 25.8% on a year-over-year basis. During the same quarter last year, the company earned ($0.08) earnings per share. On average, equities research analysts predict that BlackLine, Inc. will post -0.81 earnings per share for the current fiscal year.

BlackLine, Inc provides cloud-based solutions to automate and streamline accounting and finance operations worldwide. It offers financial close management solutions, such as account reconciliations that provides a centralized workspace for users to collaborate on account reconciliations; transaction matching that analyzes and reconciles high volumes of individual transactions; and task management to create and manage processes and task lists.

Want to see what other hedge funds are holding BL? Visit HoldingsChannel.com to get the latest 13F filings and insider trades for BlackLine, Inc. (NASDAQ:BL – Get Rating). 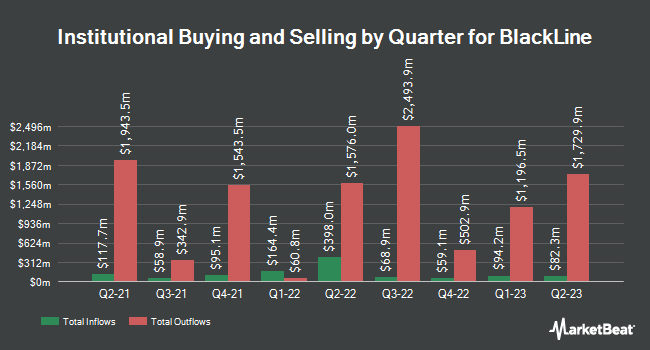 Complete the form below to receive the latest headlines and analysts' recommendations for BlackLine with our free daily email newsletter: