General Mills (NYSE:GIS – Get Rating) announced its earnings results on Wednesday. The company reported $1.11 earnings per share for the quarter, topping analysts’ consensus estimates of $1.00 by $0.11, RTT News reports. The business had revenue of $4.72 billion for the quarter, compared to analyst estimates of $4.72 billion. General Mills had a return on equity of 23.87% and a net margin of 15.13%. The company’s quarterly revenue was up 3.9% compared to the same quarter last year. During the same period in the prior year, the company earned $0.99 EPS. General Mills updated its FY 2023 guidance to $4.02-$4.14 EPS. 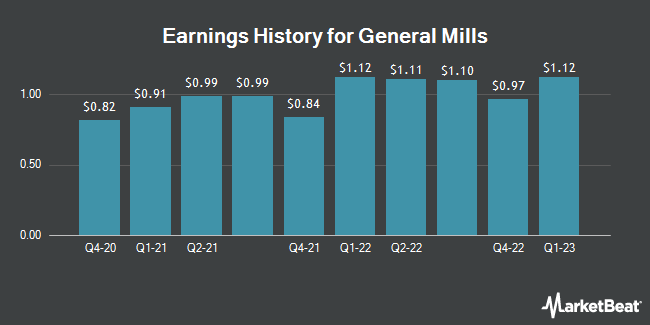