TherapeuticsMD (NASDAQ:TXMD – Get Rating) announced its quarterly earnings results on Monday. The company reported ($3.13) earnings per share for the quarter, missing analysts’ consensus estimates of ($2.04) by ($1.09), reports. The business had revenue of $20.92 million during the quarter, compared to the consensus estimate of $30.20 million.

Separately, StockNews.com initiated coverage on TherapeuticsMD in a report on Wednesday, October 12th. They issued a “hold” rating for the company.

Insider Buying and Selling at TherapeuticsMD

Institutional Investors Weigh In On TherapeuticsMD 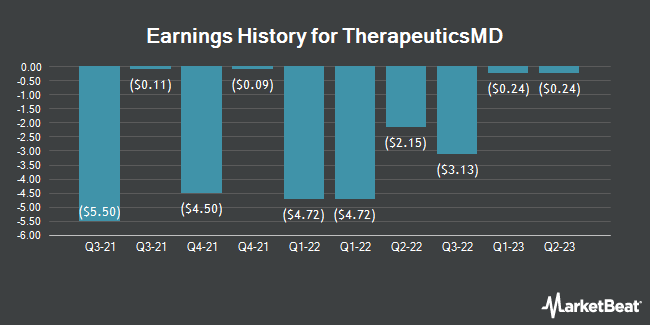 Complete the form below to receive the latest headlines and analysts' recommendations for TherapeuticsMD with our free daily email newsletter: