TFF Pharmaceuticals, Inc. (NASDAQ:TFFP – Get Rating) Director Aaron G.L. Fletcher purchased 43,470 shares of TFF Pharmaceuticals stock in a transaction dated Tuesday, November 22nd. The shares were purchased at an average cost of $1.15 per share, for a total transaction of $49,990.50. Following the completion of the transaction, the director now owns 143,470 shares of the company’s stock, valued at $164,990.50. The acquisition was disclosed in a document filed with the SEC, which is available through this hyperlink.

TFF Pharmaceuticals, Inc, a clinical stage biopharmaceutical company, focuses on developing and commercializing drug products based on its patented Thin Film Freezing (TFF) technology platform in the United States and Australia. It intends to focus on the development of inhaled dry powder drugs for the treatment of pulmonary diseases and conditions. 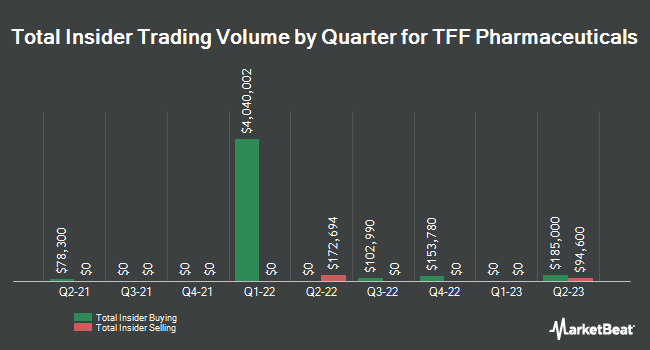 Complete the form below to receive the latest headlines and analysts' recommendations for TFF Pharmaceuticals with our free daily email newsletter: