TheStreet lowered shares of James Hardie Industries (NYSE:JHX – Get Rating) from a b- rating to a c+ rating in a report issued on Monday morning, TheStreetRatingsTable reports. 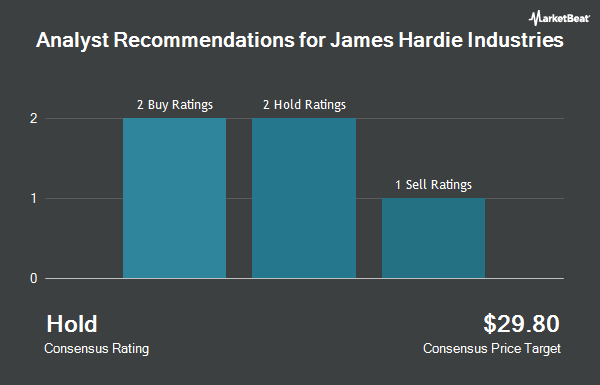 Complete the form below to receive the latest headlines and analysts' recommendations for James Hardie Industries with our free daily email newsletter: